Whitehorse announces second album of 2021:
Strike Me Down out September 10.

New song “Am I Just Gonna Stand Here (While You Take My Girl Away)” out today with spirographic video. 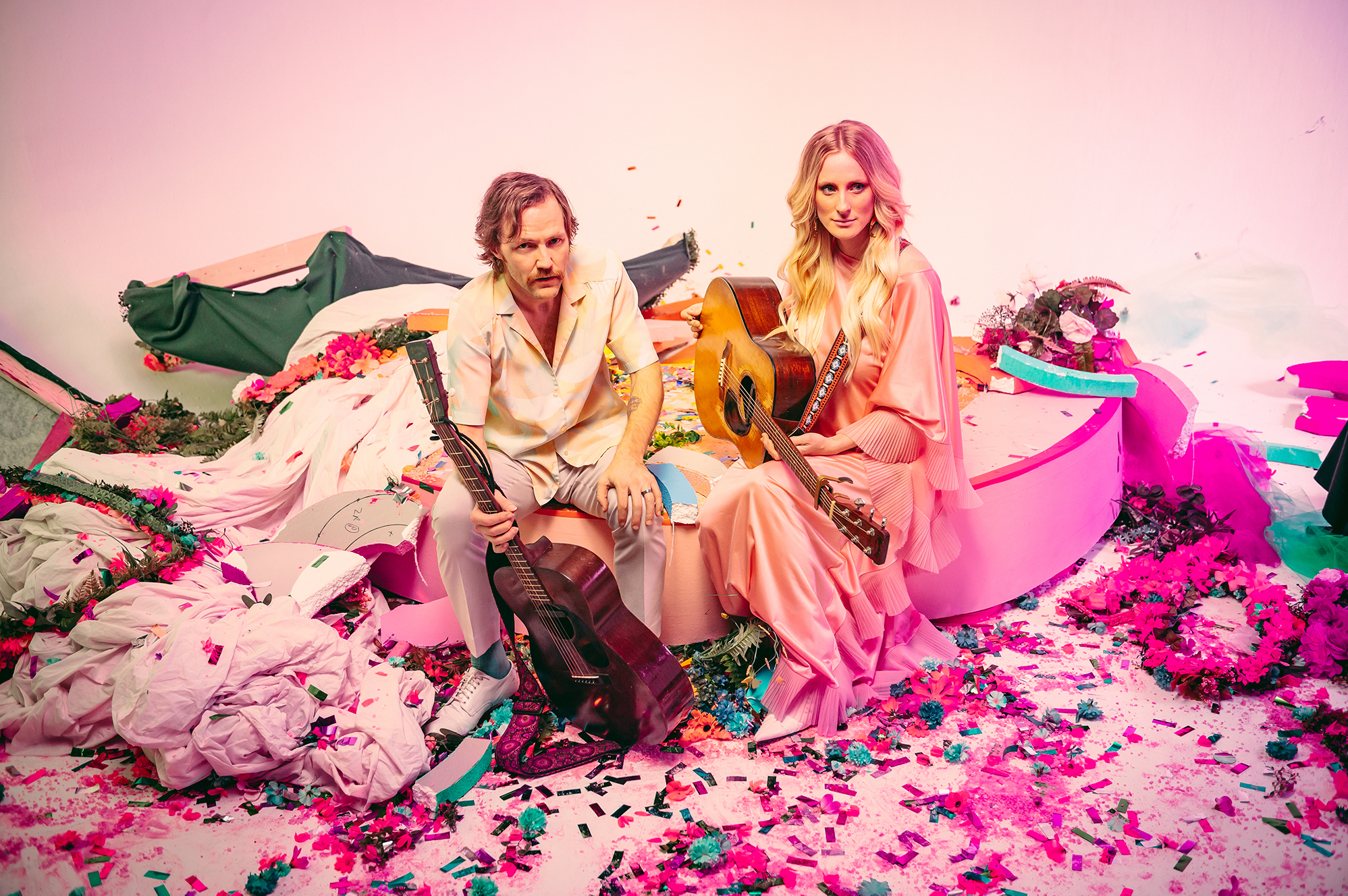 Whitehorse pick up moments after the release of Modern Love, the duo’s blueprint for love in the digital age, with the announcement of a second new album. Strike Me Down, set for release in September, showcases Whitehorse’s masterful, fantastical storytelling and melodic sensibilities, with plenty of space made for guitar shredding, epic basslines and spaced-out vocal layering. High-impact production and prismatic visuals contribute to Strike Me Down’s high-stakes mood.

“Am I Just Gonna Stand Here (While You Take My Girl Away)” spins and swirls in equal measure, dizzy and giddy in sound while it weighs its options, or lack thereof. The song arrives with a kaleidoscopic video filmed in the album art set, another Six Shooter Art Squad creation directed by Lyle Bell. With the help of a multi-image prism filter, the video translates album themes of building and breaking into set-smashing, confetti bursting abandon.

The new song announces a sharp shift from Modern Love’s hushed, atmospheric warmth. If Modern Love is about commitment, Strike Me Down raises the stakes and explores themes of ultimatums and consequences. This second album was written in the aftershocks of the vulnerabilities large and small exposed in Modern Love’s making.

On Strike Me Down, Whitehorse continue to play with fantasies and realities, theirs and ours. 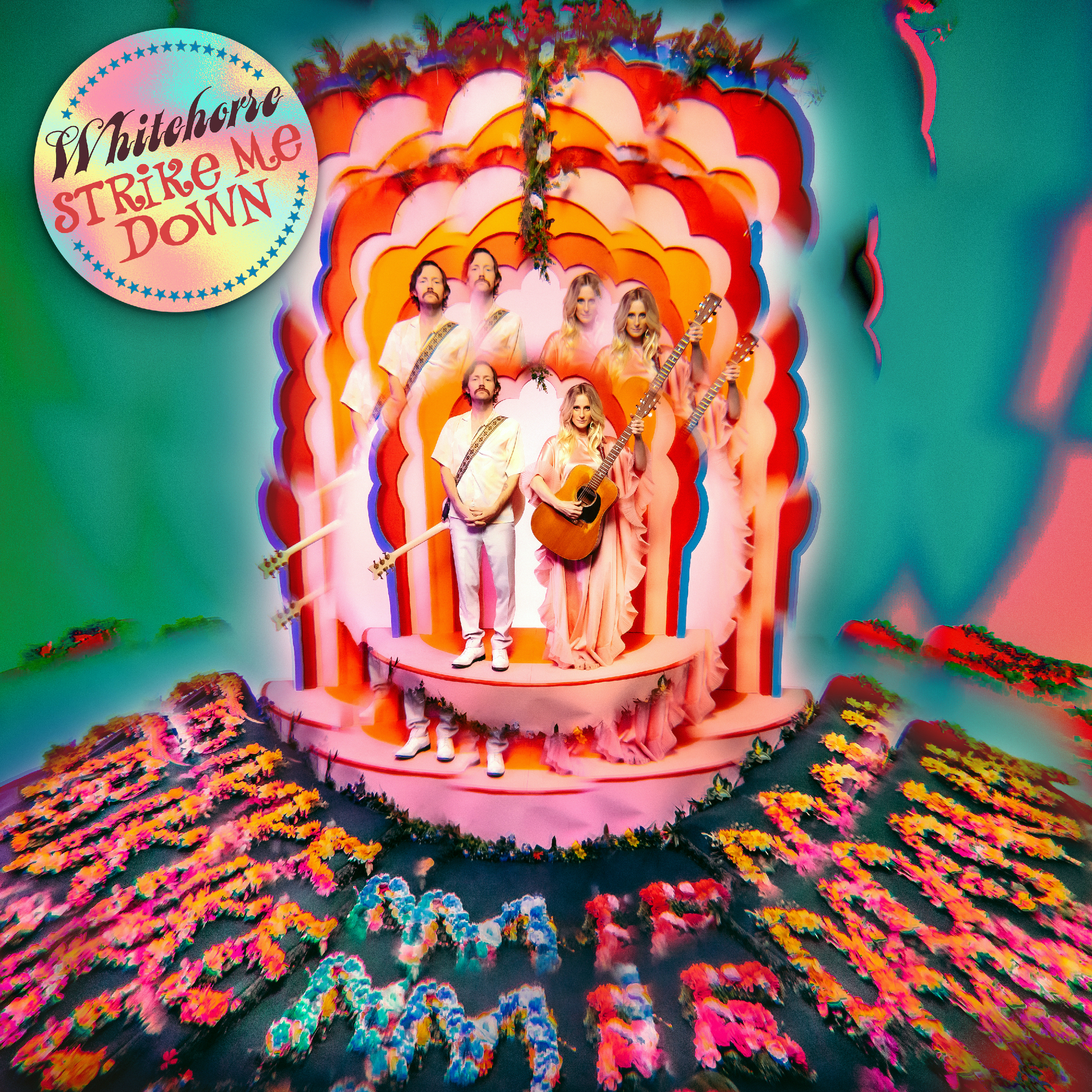 Since their debut, Whitehorse has traveled from magnetic folk duo to full-blown rock band and beyond. In truth Whitehorse is never fully either one or the other, but an ever-evolving creative partnership that challenges both artists, Melissa McClelland and Luke Doucet, to explore new instrumental and lyrical terrain with each record. Steamy, swampy and squalling in equal measure, Whitehorse’s signature sound is guitar-heavy, harmony-abundant and lyrically deft.

The JUNO Award winners returned in March with Modern Love, their first co-produced full-length album since the pink pop kink of Panther In The Dollhouse (2017). Strike Me Down will be the duo’s second new album of 2021.