Whitehorse chatted with Pop Music Critic Ben Rayner (one of our favourite music writers) + performed a few songs from the new album, Leave No Bridge Unburned, at the Toronto Star. 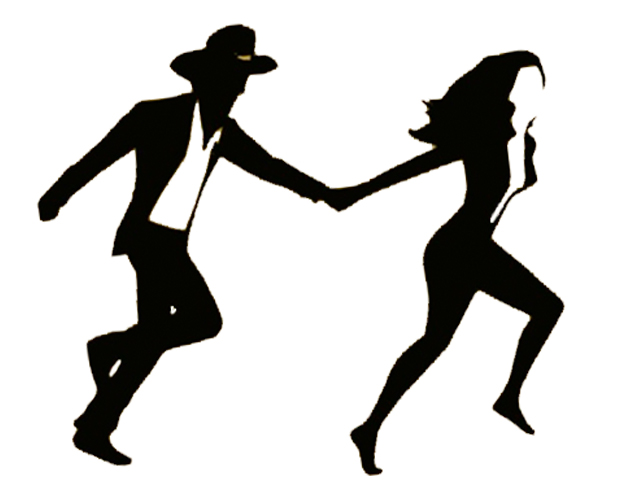 Leave No Bridge Unburned has been top of mind in 2015 as one of the year’s most hotly anticipated albums. The build-up to the official release date has seen Whitehorse’s profile break new ground, driven by the commercial radio success of “Downtown,” the album’s first single.

The band’s extensive North American tour starts kicks off in April, and includes stops at SXSW in March and Toronto’s Massey Hall in May.

Six Shooter Records is proud to say that Leave No Bridge Unburned is out now.

CBC Music presents Whitehorse at Steam Whistle’s iconic Roundhouse in Toronto, where the band unveiled songs from Leave No Bridge Unburned in front of friends and fans.

Go behind the scenes at this event and listen in to Luke and Melissa speak about the making of the new album. To mark the occasion of this album launch, Whitehorse performed “Sweet Disaster” and “Baby What’s Wrong?” with a string quartet.

Whitehorse debuts their brand new video for the stellar single, “Downtown.” Take a race through Toronto’s downtown core with Luke, Melissa, and their Mr. & Mrs. Smith-like dopplegangers. Watch “Downtown” below. 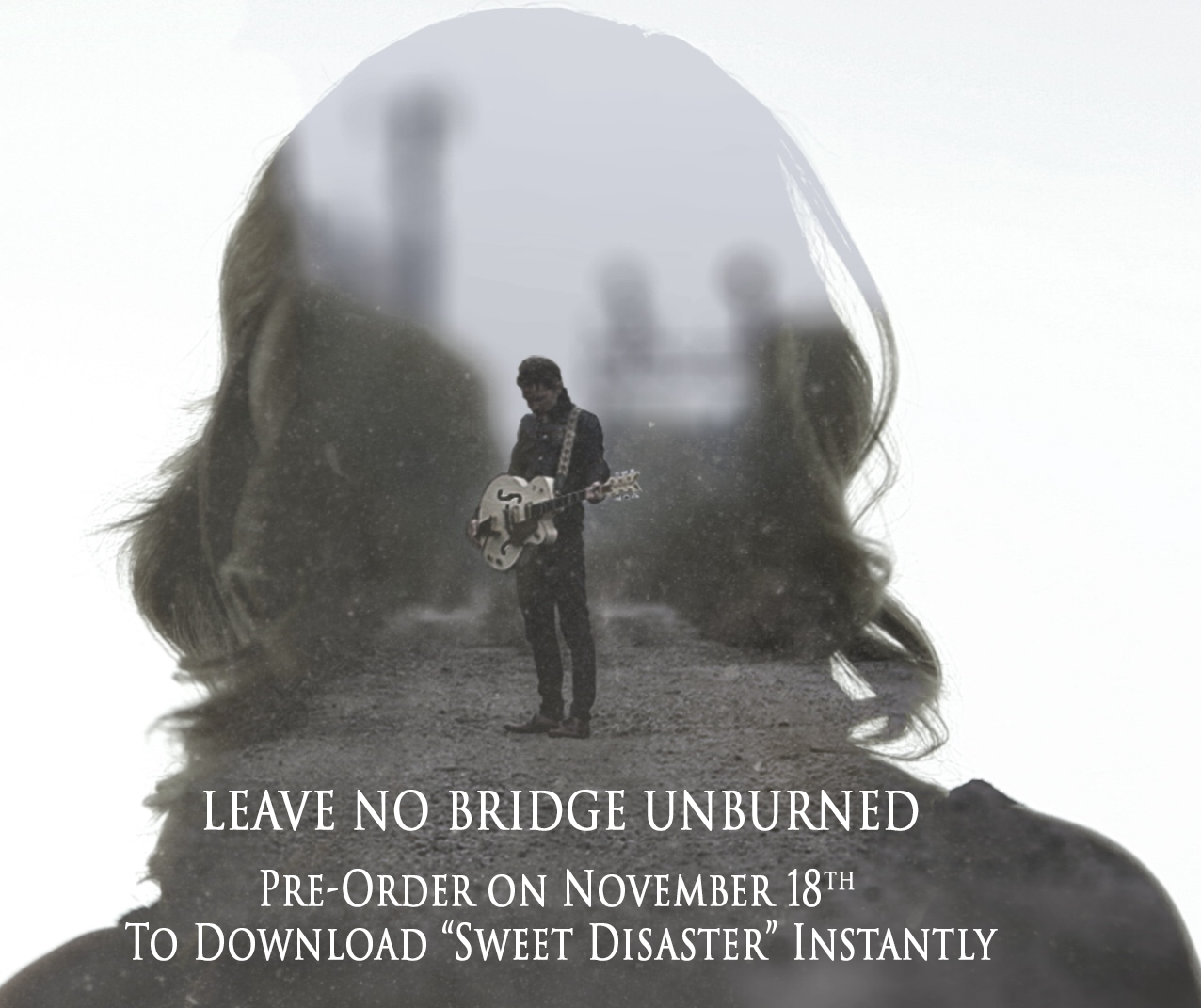 Whitehorse announces a new album, Leave No Bridge Unburned, with “Sweet Disaster,” a song that channels Bond themes and Sixties R&B with a slinky, stylized video to match.

“Sweet Disaster” is a story about one rich man’s quest to send a couple to Mars. It’s fitting subject matter for Melissa’s first ever love song to Luke, and for a band described thus far as “space cowboy lovebirds” (Now Magazine, Toronto).

Leave No Bride Unburned will be released February 17, 2015 on Six Shooter Records.

The Polaris Music Prize today announced the Polaris Cover Sessions. Recorded at Revolution Recording in Toronto, and mastered by João Carvalho Mastering, the cover sessions feature previously nominated Short List artists’ reinterpretations of a fellow Short List artist’s song. These Cover Sessions include Great Lake Swimmers doing I’m A Mountain by Sarah Harmer, Sarah Harmer reimagining Odessa by Caribou, and a new version of The New Pornographers’ Bones Of An Idol by Whitehorse (click here for preview). A video for Harmer’s Caribou cover will be released via Aux.tv and AUX’s YouTube on August 19th. The two subsequent cover sessions will be released August 26th and September 2nd. The cover sessions will be pressed into 7”s and available for sale next year on Record Store Day.

“As much as Polaris picks lists and winners, it’s also a community of artists who greatly respect each other’s work. Like our recent Banff Sessions with Shad and Holy Fuck, we hope this kind of mutual love manifests itself on an annual basis,” said Steve Jordan, Polaris Founder and Executive Director.

The Polaris Gala will be hosted by Jay Baruchel on Monday, September 22nd at The Carlu in Toronto. It will be webcast live on Aux.tv and live audio broadcast on SiriusXM’s Iceberg (Sirius ch. 161) and The Verge (XM ch.173). The eligibility period for the 2014 Polaris Music Prize runs from June 1, 2013 to May 31, 2014. An independent jury of nearly 190 music journalists, broadcasters and music bloggers from across Canada determine the Long List and Short List. An eleven person Grand Jury, chosen from the larger jury, will convene the night of the Gala to select the Polaris Music Prize winner.

We acknowledge the financial support of the Government of Canada through the Department of Canadian Heritage (Canada Music Fund) and of Canada’s Private Radio Broadcasters.

About the Polaris Music Prize
The Polaris Music Prize is a not-for-profit organization that annually honours, celebrates and rewards creativity and diversity in Canadian recorded music by recognizing, then marketing the albums of the highest artistic integrity, without regard to musical genre, professional affiliation, or sales history, as judged by a panel of selected music critics. www.polarismusicprize.ca / @polarisprize

About João Carvalho Mastering
João Carvalho Mastering’s dedicated group of award winning engineers have created an environment where precision, creativity, passion and skill come together to push sonic boundaries to new heights. Their world renowned mastering facility draws on an extensive state of the art set of customized mastering tools and equipment. At JCM, they can help transform your music so it’s at its finest when it is ultimately presented to the listening world. www.joaocarvalhomastering.com

Whitehorse goes back to basics on a brand new live, stripped-down session for iTunes Canada that captures the duo’s essential sounds – blistering guitars and vocal harmonies.

Official release date is August 19, 2014. Buy it now and get “Killing Time is Murder” instantly!

Lose yourself in the stop-motion beauty of a midnight northern flight in this a new lyric video for the title track, made by Martin Tielli, here – http://youtu.be/ga7RfQWkO84 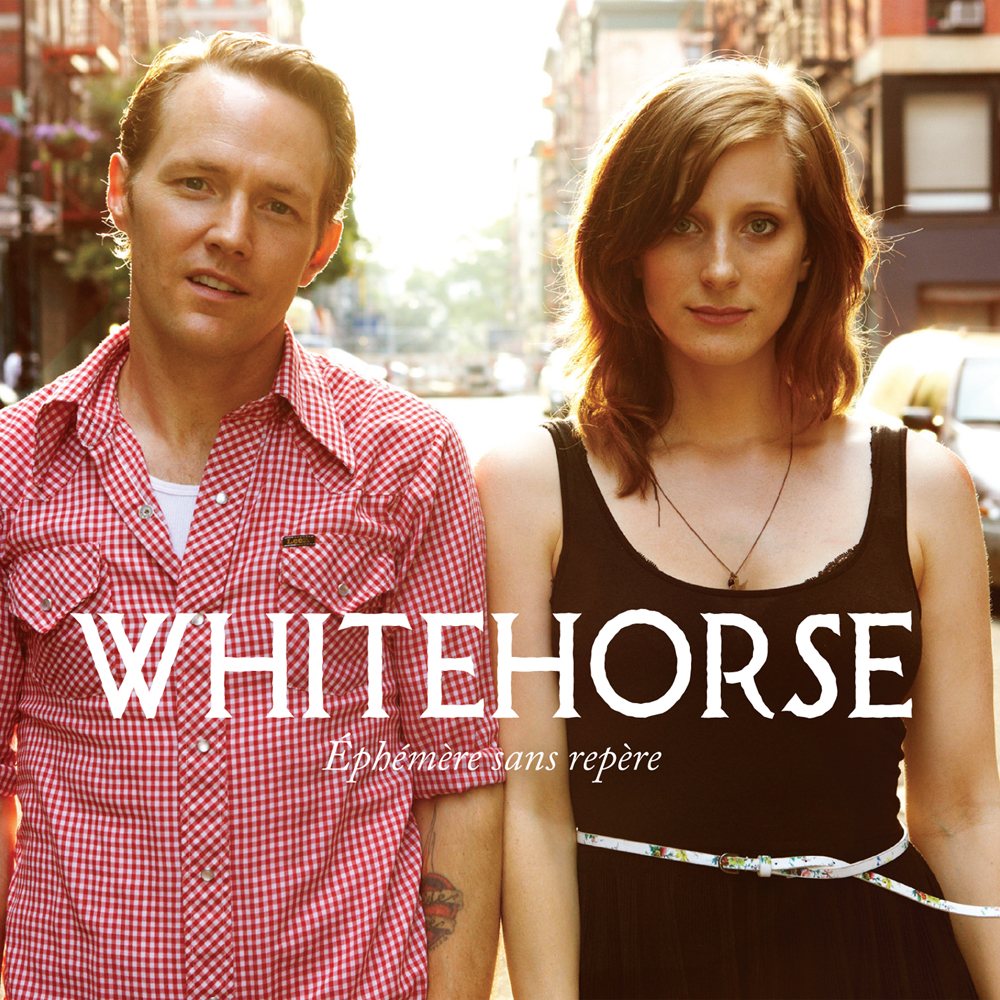 Whitehorse flexes their French-language muscles and displays their versatility with Éphémère sans repère, out April 1, 2014 on Six Shooter Records.

The new EP showcases choice cuts from both their debut album and acclaimed sophomore release, The Fate of the World Depends On This Kiss. As well, this French-language EP contains a brand new song, “Le cadeau,” and the duo’s show-stopping acoustic version of the traditional Francophone ballad, “Un Canadien errant.”

The songs on Éphémère sans repère were translated by renowned songwriter and producer Pierre Marchand. Whitehorse has performed “Éphémère sans repère” to wild enthusiasm from Francophone audiences, a response that confirms the artistic excellence of Marchand’s translations and Luke and Melissa’s ability to express themselves authentically on stage and on disc.

Whitehorse will celebrate the launch of Éphémère sans repère with a limited capacity show at Montreal’s Verre Bouteille on April 9, 2014. Details to follow.

Is there “anything else” you need to hear about Rob Ford? Well, yes, there is.

Whitehorse recorded “Boss Man” in July, 2013 in response to the polarizing and questionable behaviour of Rob Ford in his time as mayor (conflict of interest, bike lanes, racial slurs, etc.), culminating in the Gawker and Toronto Star’s breaking story about the crack video. Who would have guessed, months later, they’d be releasing the song into today’s media maelstrom.

Distance makes the heart grow fonder & a little heavier sometimes. After spending two months away from my husband, both on separate tours on separate continents, I knew that I had to be there at the finish line as he completed his first marathon. This meant traveling from Australia to the UK, then back to Vancouver & then all the way to Abu Dahbi, all in the span of six days! Four years & four marathons later I have happily taken my place on these sidelines alongside mothers, fathers, husbands, wives, children & friends to cheer on our loved ones as they speed past. Every day on tour, whether it’s 100 degrees in Atlanta, GA or -35 in Regina, SK Luke hits the pavement to train for that final epic run.

Our day in Boston was one of sunshine & celebration. I stood at the 17 mile mark with our family, who had traveled near & far to be there for Luke as he reached his goal of running the legendary Boston Marathon. We waited in anticipation with big bright signs & coffees & the thump of top forty music playing from the fire station. We waved excitedly to the group across the street decked out in Canadian flags. As Luke rounded the corner, he added 3 seconds to his time to run over & give me a kiss.. and he was off!

Approximately three hours later the bombs exploded & shook the city to its core. People lost their lives, limbs, loved ones, others stumbled back to their hotels and homes in a state of shock. As we picked up our guitars the following week at the start of a tour we realized that ‘Emerald Isle’ had forever taken on new meaning. This song was inspired by a long run, but it is also a dedication to those who hold us up & push us forward; those who will follow us to the ends of the earth. No amount of heartache can take away from the sense of community we felt in Boston that day. This is our small way of saying thank you.

Purchase the live version of Emerald Isle, recorded at Massey Hall on March 2, 2013 HERE.
All proceeds will go to OneFundBoston at the end of 2013. 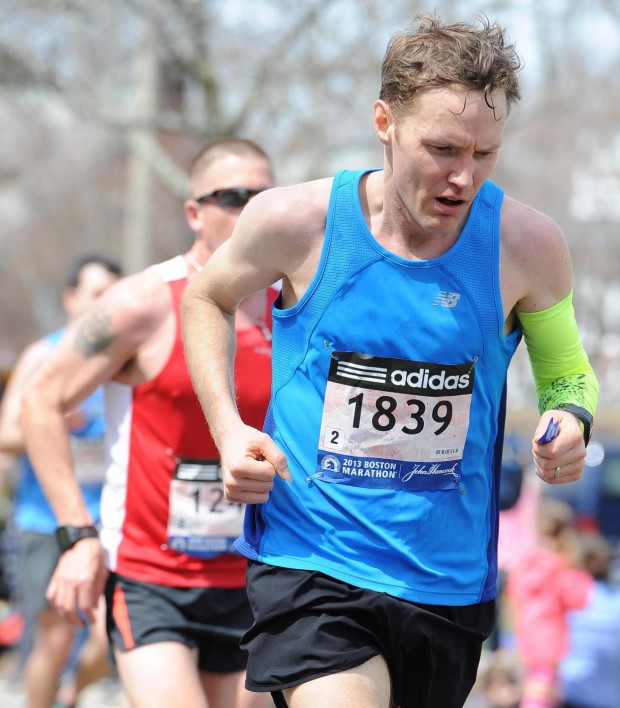 So? Is everyone enjoying summer so far? How are your gardens doing? Mine is dece, the arugula is looking like it’s getting pretty close to the nom zone already. I truly enjoy the process of watering, nurturing (I’m a bit of a softy), and pulling up pesky weeds. Y’know who else enjoys this process? SOCAN! The nominees for the 2013 SOCAN Songwriting Prize are out now, and after pulling out all the weeds surrounding the sweetest tunes evar, they have determined that Whitehorse’s rippin’ jam “Devil’s Got A Gun” is in the running for some nurturing TLC. The winner will be decided by your votes, so you better get on it! – mark your ballot once a day, everyday, until July 3 at this link: http://www.socansongwritingprize.ca/en/#/ Congrats to all of this year’s fine crop of nominees. May you all grow big and strong so we can eat you.

And speaking of Whitehorse, they are finally hitting the east coast on June 14 & 15! That’s tomorrow night! Check tour dates for more info. We’re also hella stoked that Whitehorse is going to be playing the Greenbelt Harvest Picnic, with Neil Young headlining the bill. Woo!