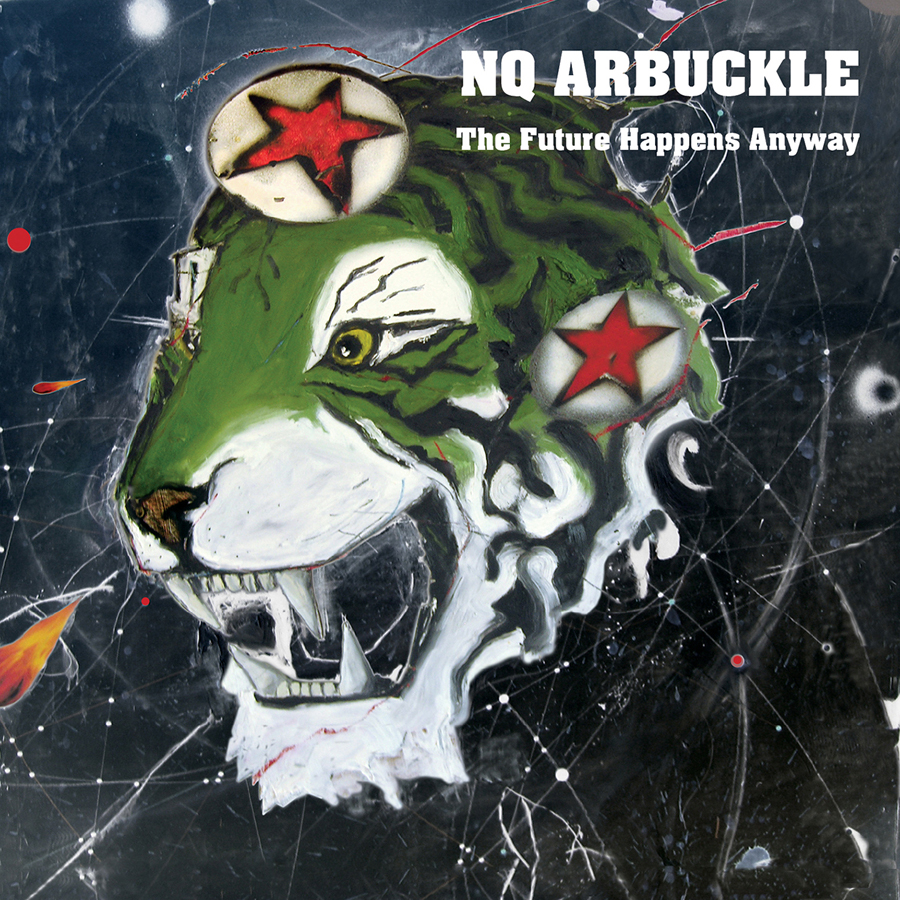 NQ Arbuckle crosses the border and is now officially available in the U.S Free survival family.
The boys are already in the international airwaves thanks to stations like: RADIO FREE AMERICANA, KDNK, RADIO VAGABOND, WCNI, and WOUB.

We filmed this song at the Toronto launch of The Future Happens Anyway in April take 5.

Drunk dudes from Huntsville or Lethbridge or St. John’s or wherever hang on every word. Everyone sings, mostly louder than the band. The word motherfucker is a compliment Download Credit Biography. Every show is an uprising, a groundswell.

NQ Arbuckle has consistently created impressive, treasured albums for more than a decade. But NQ Arbuckle has never made a record like this before orchestra.

(If you haven’t seen the lyric video that inspired this one, check it out here – watch)

There are two new songs, “Red Wine” and “Back To Earth” streaming here – soundcloud.com

We are currently putting the finishing touches on the artwork of NQ Arbuckle‘s new album, “The Future Happens Anyway,” a work that was four years in the making 가디언즈 오브 갤럭시 다운로드! I’m guessing that the album title might have something to do with how long this album has taken to come to fruition. I promise you, my friends, it will be well worth the wait acrobat reader dc! NQ is undoubtedly still THE dude. Here’s a sneak peek:

For those of you who NEED your NQ fix NOW, you’ll be happy to know that there are a number of shows coming up, including the most awesome Blacksheep Inn (Wakefield), the much-loved Jane Bond (Waterloo), the legendary Horseshoe Tavern (Toronto) and the mysterious “more” Ubuntu ftp download. Please note that, being in my privileged position of having seen the above linked video before most of you, I have already learned every single dance move featured therein, so you better do the same before these shows, or get outta my way on the dance floor 9 of Hotel Deluna. See tour dates for deets.