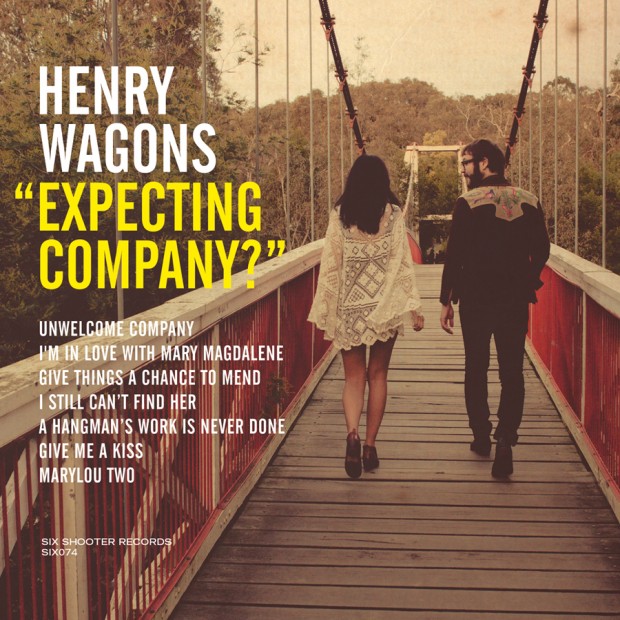 Open the door to Henry Wagons’ first solo album and who knows what awaits you 배드피기즈 다운로드. Expecting Company? is a microcosmic look at the human condition shaped as a series of duets on familiar themes: desire, death and pestilence visual studio community 2015 한글 다운로드. As frontman extraordinaire to Six Shooter Records’ Aussie imports Wagons, Henry Wagons brings the same swagger, panache, and Elvis-sized charisma to Expecting Company 피파 온라인 3 게임 다운로드? with a twist: the album features an international list of stellar guests, including Alison Mosshart (The Kills, The Dead Weather) and Six Shooter’s own Jenn Grant Uniqlo download.

The songs were written after coming home, sick, injured, “delirious with a bad fever and maimed due to a light bulb exploding in my hand,” Henry says usim 다운로드. Resisting the urge to recover in bed, Henry harnessed “the twisted voices” in his head and wrote these songs instead. “They came from a different place, so they required some different voices,” he explains Sound of War. “Having multiple voices in a song holds a certain power. They can represent a unique synergy and oneness, or have a certain schizophrenia or oppositional battle.”

See Henry and Jenn perform “Give Things A Chance To Mend,” live:

Expecting Company social movie of the dead poet? also includes a surprising reprise of the final track, “Marylou Two,” from Wagons’ Rumble, Shake and Tumble, released by Six Shooter Records in 2011 full Walking Dead. Here, in the final moments of Expecting Company?, Henry finds himself “back at home, all alone.”

What in tha heck is wrong with me?! I’m actually enjoying Christmas music this year, and looking for the all-Christmas music station on my radio dial and stuff latest version of Java! Has the world gone topsy turvy? I’m supposed to be way more curmudgeonly than this! Maybe it’s because my heart has been so warmed (awwww) by just how great this past year has been for us, with six undeniably bitchin’ releases: Trampled by Turtles, Del Barber, Whitehorse, Danny Michel, Jenn Grant, and Amelia Curran message pop-up. Wowsa! Suck it Santa, our workshop kicked your workshop’s ass this year (ahhhh, at least there is still a hint of curmudgeonly street smarts left in me) 안드로이드 flash player 다운로드! And while we’ve made much ado about our Autumn of Awesome (and indeed it was incredibly awesome), we’d like to extend that awesomeness into the holiday period (might I suggest he holidays of hotness perhaps?) and continue offering our 4-for$40 bundle 원드라이브 앱 다운로드.

And that’s not all! We like these bundle deals so much, we’re going to go crazy! Check out our webstore under “specials” (click here) and you’ll see all kinds of great deals there puttycm.

Love Luke Doucet? Get his entire catalogue (five full length albums plus a bonus EP) all for the price of forty bucks! Similar catalogue bundles are available for NQ Arbuckle, Jenn Grant, Amelia Curran, Christine Fellows, Justin Rutledge, Elliott Brood, and Melissa McClelland social networks. Get your orders in quick and get these tidy lil’ parcels of joy under that tree!

One of the clearest points of feedback we received from our audience was around 400 Hz when that one dude bum rushed the mic. Just kidding, that didn’t happen, I just wanted to make a lil’ joke for our soundguy readership (whazzup nerds?!) 리눅스 ftp 폴더 다운로드. But really though, I want to talk about the other kind of feedback. Thanks so much to those of you who filled out a survey for us, and let us know that a top priority is to figure out a way to guarantee ticket availability for returning patrons (we love you for wanting to be returning patrons, btw Download the burdle che! You da best!). We’ve been working on how to incorporate this into the new web store we just launched (Sneak attack! New web store! Check it!). If you went to the Interstellar Rodeo last year and want to get first dibs on tickets for 2013, please go to (our webstore) and log in to our new system, click the “yes” button next to the statement, “I went to Interstellar Rodeo 2012.” If you weren’t there and you lie, we will totally catch you and publicly shame you, but we probably wouldn’t want to…what we really want is a lot of people having a great time in Hawrelak Park next summer 윈도우 정품인증 다운로드. Anyway, when we announce the line up in March, 2013, you will be given 3 days to make your purchase before we release tickets to the general public. Sound like a deal 무료동요 다운로드?

Meanwhile, we’ve also received a bunch of requests from people asking if they can purchase early bird passes for holiday gifts. Hey, good idea next Pot Player! You are such thoughtful gift givers! We don’t have our line up ready to be announced juuuust yet, so we’re putting on a “Have a Little Faith In Me” Rodeo Christmas special where a limited number of weekend passes will be made available for sale through our brand new web store for the low price of $139 ($99 for youth/senior) Gadgetbridge. These will be available while quantities last. Give the gift of exclusivity, and you will surely be rewarded with smooches. Please note: you don’t have to purchase the Christmas special to have your name reserved for the pre-sale in March 안드로이드 스튜디오 이전 버전 다운로드.

As noted above, Interstellar Rodeo tickets make the perfect Christmas gift, at least to those who are planning to be in Edmonton next summer (now is a good time to make that plan Fashion of Christ replay! Edmonton rulz, and Interstellar Rodeo double rulz!). If you live in other locales across the country, or feel the burning need to re-up your dose of Six Shooter awesomeness to tide you over until Rodeo time, then lucky for you, we have Whitehorse on a giant tour that starts on the west coast and takes them as far east as Montreal… culminating of course at Massey Hall in Toronto on March 2 네이버 라인 다운로드. Tickets for most shows are already on sale (check tour dates). Send your loved ones to Whitehorse in the new year – the fate of the world depends on that gift Nobles Annie. And since you are clearly sitting at a computer or web-enabled smart device of some kind right now, you should also take the time to check out this awesome new live video for the single ‘Devil’s Got A Gun’ life coding! 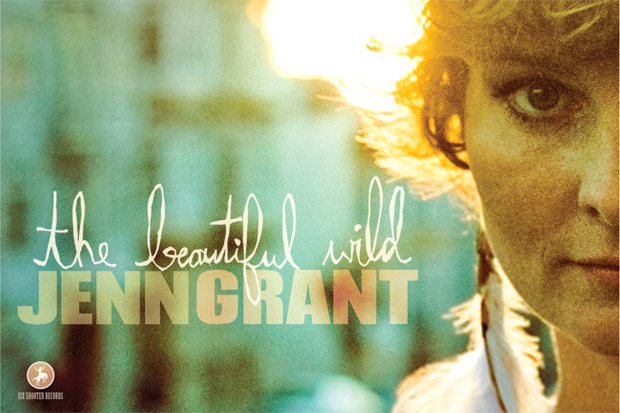 I have certainly been known to wax poetic about the virtues of glorious vinyl, and, well, here I go again Download the 5th stage of the IChallenge. There is really no format as awesome and tangible as a big ol’ 12” record. I love the big artwork, the smell of a freshly cracked gatefold, and the tactile experience of putting a record needle into a groove Windows 10 widi download. I’m pleased as punch that turntables are easily and readily available again, it truly fills me with holiday glee (or whatever this feeling is… could be the pickled okra) to see my favorite format thriving 윈도우 xp 무료 다운로드. Given all this mushy luv for wax, you can be sure that we keep our selection of new Six Shooter vinyl current, with Jenn Grant‘s “The Beautiful Wild” and Whitehorse‘s “The Fate of the World Depends on this Kiss” available now! Sepia! To convince you about how serious we are about vinyl, and also how much we love bundles, we have more artist bundles in our specials section for both Jenn Grant and Whitehorse — pick up a copy of each of their vinyl offerings at the low price of 2 for $30 짧은 동영상 다운로드. Records look great wrapped up under a Christmas tree, and you can watch as your lucky gift recipient’s face turns from fake smile to real smile when they realize it’s not a calendar Megaman 5! 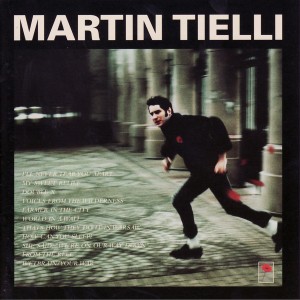 And for that impossible-to-shop-for special someone, we’re just about to save your bacon Wattsmap. In my case, that would be veggie bacon, due to my dietary preferences, which perhaps makes me even harder to shop for… oh well! Martin Tielli, the man – the mystery, is putting together a small catalogue of his amazing artwork offerings — a dozen or so affordable works at a decent price h2 cartoon. If you’re interested in receiving a catalogue, please let me know (shauna@sixshooterrecords.com). As soon as it’s ready, I will email it to you Three Kingdoms 7. Sales will be made on a first-come, first-served basis, so don’t sleep! Martin says the catalogue will be ready in a day or two, and we believe him 스쿨럼블 다운로드!

We’ve received a bunch of requests from folks asking if they can purchase early bird passes for holiday gifts. We don’t have our line up ready to be announced, so we’re putting on a “Have a Little Faith In Me” Rodeo Christmas special where a limited number of weekend passes will be made available for sale through our brand NEW Six Shooter Web Store for the low price of $139 ($99 for youth/senior) 코딩스크래치 다운로드. These will be available while quantities last.

Please Note: if you attended the Interstellar Rodeo 2012 and have registered with us at the Six Shooter webstore, then you will be eligible for the pre-sale for returning patrons Red Gem. This pre-sale will begin in March once the line up is announced but before tickets are made available to the general public. 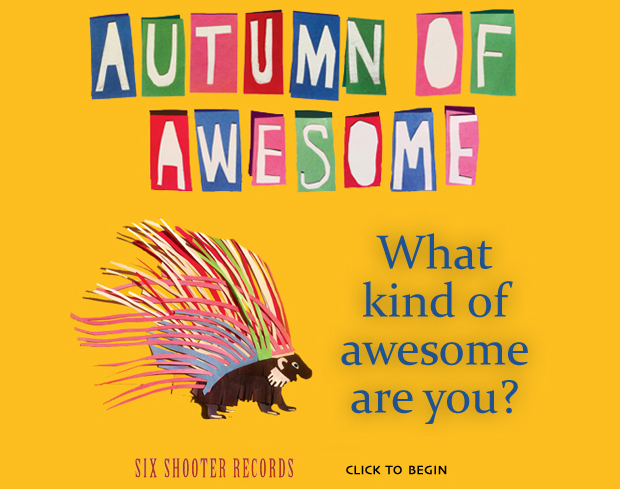 What Kind Of Awesome Are You Little Lovers? Take our quiz to find out.
http://www.facebook.com/SixShooterRecords?sk=app_208195102528120 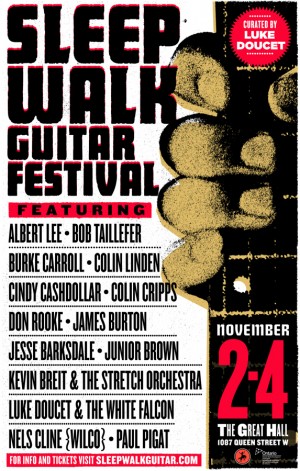 Some of the festival’s many highlights include concert sets by renowned “guit-steel” pioneer Junior Brown, master of the Telecaster Albert Lee, Wilco’s Nels Cline, the imitable Kevin Breit, as well as our very own Luke Doucet and the White Falcon codec. Legendary guitarist James Burton (the man practically invented rock-and-roll) backs a star-studded roll call of fantastic Toronto singers performing some of Burton’s greatest repertoire, from Presley to Cash to the Monkees and more 윈도우 98 se 다운로드. Collaborative workshops capture the spirit of Sleepwalk, with this year’s program featuring an all-steel line up with Austin’s Cindy Cashdollar leading the charge, an Acoustic Jam featuring Colin Linden and Paul Pigat…and we’ve even lined up legends James Burton, Albert Lee, Junior Brown and Cindy Cashdollar on one stage at one time Well touch. For more info, visit:
www.sleepwalkguitar.com