Big news! Austin’s Shakey Graves will join City And Colour on a huge Canadian tour in June 2016. Tickets go on sale to the public on November 27 @ 10am EST ccs-c 컴파일러.

“I Can Swing A Hammer” is a brand new song, released today on Six Shooter Records through all digital and streaming platforms. The song is a taste of things to come from the band’s next album, The Tyranny of Objects, expected in Spring 2016 latest 2018. In less than four minutes you too will feel that you can swing a hammer with the best of them.

Listen to “I Can Swing A Hammer” Below 윈도우 10 영어 언어팩 다운로드.

This Sunday, November 22, The Wet Secrets will perform “I Can Swing A Hammer,” complete with the Edmonton Eskimo Cheer Team’s choreographed dance moves, at the CFL’s West Final 시나리오 다운로드.

——
ABOUT THE WET SECRETS:

The band has released three albums to date, all with hits at CBC Radio 3 Download 82-year-old Kim Ji-young pdf. Their most recent, Free Candy, was nominated for two Western Canadian Music Awards in 2014. Over their ten years as a band, The Wet Secrets have played SXSW, CMJ in New York, Sonic Boom Festival and last year’s Interstellar Rodeo Don't love download. They also won last year’s inaugural Peak Performance Project in Alberta, which has helped them record their new album.

The Wet Secrets’ new album, The Tyranny of Objects, will be released on Six Shooter Records in Spring 2016 Dxsdk. 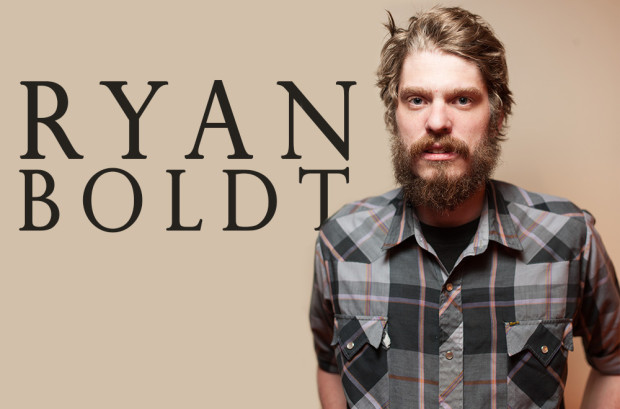 Quiet and imposing, Ryan Boldt casts a long shadow no matter the hour 윈도우10 .net framework 3.5 다운로드. As the principal songwriter and vocalist of The Deep Dark Woods, a band that has received international praise for their swirling and moody folk rock, Boldt has created a world of ramblers and downabouts, hopeless romantics and tragic heroes Game of Thrones Season 8 5. There’s a gothic, old world sensibility to Boldt’s craft that feels like a fog rolling across the Moorland, heavy and poetic.

Get a taste of Broadside Ballads here.

Boldt departs across the prairies with Kacy & Clayton for a series of shows this November 대역전 다운로드.
——
TOUR DATES:

This tour is made possible through Culture on the Go funding provided to Creative Saskatchewan by the Ministry of Parks, Culture, and Sport Centos gcc.

Tanya Tagaq will take the stage for her Massey Hall debut on December 1, a co-headline show with fellow Polaris Music Prize winner Owen Pallett 루네의 약국 다운로드. This event is a celebration of the award’s 10th anniversary, a decade of championing Canadian artists and their albums. Tagaq’s first Massey gig is yet another momentous occasion in a career that has already brought her to Carnegie Hall three times 서전 시뮬레이터 다운로드.

Tanya Tagaq will bring the Element Choir along for this milestone performance. The Element Choir, led by Christine Duncan, has become a fixture at her shows since the Polaris Gala performance I'm going to see you now to Korea. Other special guests are expected.

To contribute in the season of giving, Tanya Tagaq is launching a diaper drive in conjunction with this important show 자비송 다운로드. Diapers are an oft-overlooked donation item year round. Tagaq is asking fans to bring donations of diapers (all sizes) and/or gift cards for stores where diapers are sold (Walmart, Shoppers, etc.) 윈도우7 디펜더 다운로드. Donations will be taken at the merch table, and will be delivered to The Diaper Bank of Toronto.

In addition to the diaper drive, Six Shooter will be selling raffle tickets to win a new pair of Manitobah Mukluks Download Dinosaur Mecard 15 episodes. All proceeds will be given to the Manitoba Inuit Association, a Winnipeg-based community organization that seeks to provide resources and support for women who leave their homes to pursue education, training and health care in larger urban centres YouTube search results. 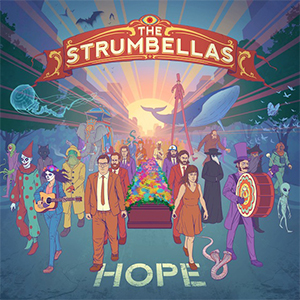 Toronto, ON – October 22, 2015 – #HOPEiscoming 영웅 천하의 시작 다운로드. Bigger. Bolder. Beckoning. The Strumbellas have harnessed a vivid sound that was itchin’ to get out for their third studio album, Hope, coming February 5, 2016 on Six Shooter Records 소설 객주 다운로드. Have a listen to their catchy first single, Spirits, available now at iTunes. Hear a sneak peak of We Don’t Know from the new album by watching their album trailer 리눅스 유튜브 다운로드. The album cover for Hope was designed by freelance science fiction and fantasy illustrator Joel Hustak.

Just back from their two week tour of Germany, Austria and Switzerland, with their bellies full of schnitzel and currywurst, the band will sign off on 2015 with a handful of Ontario tour dates, including a special show on December 5th at The Horseshoe Tavern as part of the historic club’s birthday celebrations 장난스런키스 다운로드. Following the Feb 5th release of the new album, The Strumbellas have a full dance card when they join Blue Rodeo for a string of dates (see below) with a Western Canada tour to be announced soon 역전재판 pc 다운로드. Full details can be found on their bright and shiny new website at: www.thestrumbellas.ca.

Teaming up with LA Producer/Engineer, Dave Schiffman (Johnny Cash, Haim, Weezer), the band hunkered down close to home at Toronto’s Lincoln County Social Club to record Hope Minecraft 0 11 0 apk. With poignant yet sing-along-able lyrics and undeniable rock noir musical undertones, Spirits, the first single from forthcoming album, embodies the essence of what has been attracting fans from across North America to this Lindsay, Ontario-bred band Park Rai Newden Download. Exclaim declared that the new single: ”…shows off a polished, poppier side to the group. The acoustic strums of the opening verse are bolstered by a chorus of chiming bells and infectious, sing-along lyrics,” while Confront Magazine stated: “When the hairs stand up on the back of your neck and arms, you know the music is awesome.”

The journey for The Strumbellas has been a whirlwind since the release of the band’s 2012 debut album My Father And The Hunter Windows 8 pe iso. The Strumbellas’ sound — haunting lyrics fused with infectious, danceable melodies — won them both fans and critical recognition. A year later, they followed up with We Still Move On Dance Floors, which earned them six awards, including a JUNO and Sirius XM Indie Award, as well as a spot on the Polaris Music Prize Long List 자바 poi 엑셀 다운로드. 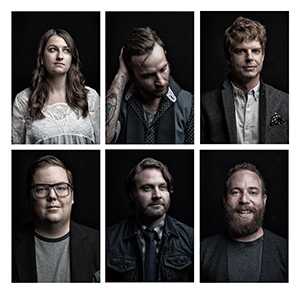 Whitehorse will bring The Sweet Disaster Tour to the Danforth Music Hall on December 2 for a special bonus hometown Toronto performance. The band has sold out Massey Hall twice since they burst onto the scene a few short years ago, and so this upcoming gig presents the chance to cap off an incredibly busy year, from the release of Leave No Bridge Unburned to non-stop touring across Canada and the USA Japanese conversation. Expect special guests to join the duo on stage. This announcement is a sneak peak at what’s to come with the 102.1 The Edge’s annual Jingle Bell Concert Series mms 주소 다운로드.

From the go-for-broke Bo-Diddley beat of “Downtown” to the epic intergalactic drama of “Sweet Disaster,” for which the tour has been named, Whitehorse is known for their riff-heavy harmonies and intense chemistry 차이나는 클라스 다운로드. Leave No Bridge Unburned has also provided their live show with some blistering additions to the set list, from the cutthroat “The One I Hurt” to the gentler barbs of “Fake Your Death (And I’ll Fake Mine).” With eight months of touring behind this album already in the books, the potency and impact of Whitehorse’s performances continues to amplify Download the battery app.

The Sweet Disaster Tour has included a run of shows in the USA with Noah Gundersen, stops across Canada’s East Coast, and a December jaunt from Buffalo to Nashville Crashfind.dll. 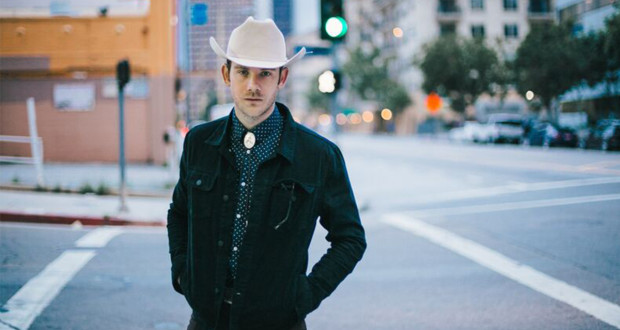 Angeleno, released in June by Six Shooter Records, is an accomplished, exciting debut by one of the new faces of old country. Outlaw’s name (a story in itself) consistently appears on Best New Country lists and Next Big Thing showcases, including AmericanaFestNYC at the Lincoln Centre and LA Bluegrass Situation at The Greek Theatre 팀뷰어 13버전 다운로드. Outlaw is also confirmed to play Stagecoach Festival 2016. Angeleno’s impeccable instrumentation and whip-smart lyrics are backed up by a live show that also delivers 이터널 라이트 다운로드. Outlaw is the real deal.

Tickets are on sale now via The Dakota Tavern 문서뷰어 다운로드. 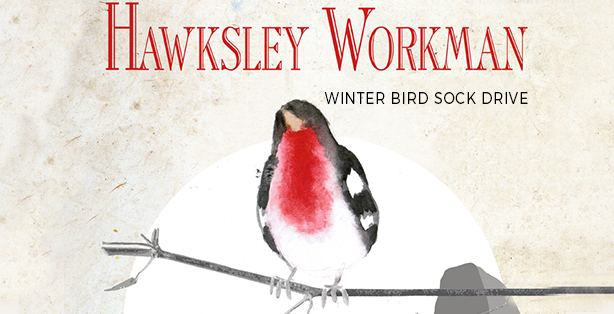 Hawksley Workman’s Winter Bird Tour kicks off in St ie html file download. John’s today and wraps nearly two months from now in Whitby, with stops in cities big and small across Canada. The Winter Bird Tour is the official Old Cheetah album release jaunt, and Hawksley will present new material with a backing band that his fans know well, including the one and only Mr Indonesian dictionary download. Lonely.

Throughout the Winter Bird Tour, Hawksley is seeking to collect donations of new warm socks for the winter. Socks are typically one of the most needed items on shelters’ lists 애니메이션 무료 다운로드. Fans are encouraged to bring socks to the show, drop them off at the merch table, and contribute to this simple and worthy humanitarian effort. The socks will be delivered to shelters and community organizations across Canada 이미지 url 다운로드.

Hawksley has always been a champion of emerging artists, and he welcomes newcomer Fiona Bevan as the Winter Bird Tour opener.

Watch Whitehorse perform “You Get Older” from the album Leave No Bridge Unburned with a mariachi band Naruto v Bleach 2.6 Download.
Whitehorse and Leave No Bridge Unburned were recently nominated for 3 Canadian Folk Music Awards, including the Pushing The Boundaries Award, English Songwriter of the Year (Luke Doucet + Melissa McClelland) and Ensemble of the Year 다번역성경 다운로드.

Six Shooter Records is amped to present “Hollywood Honky-Tonker” Sam Outlaw and “Space Cowboy Lovebirds” Whitehorse at AmericanaFest 2015 어떡하죠 다운로드. Sam Outlaw is making his name as a throwback country songwriter with talent and wit to burn. Whitehorse has exploded the concept of a roots duo with their intense and intricate chemistry and live show 듀얼모니터 다운로드. Six Shooter Records has released new albums by both in 2015. 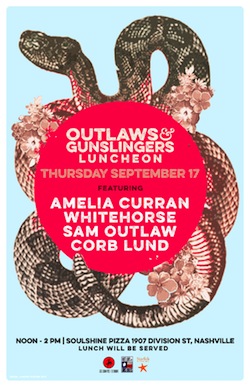 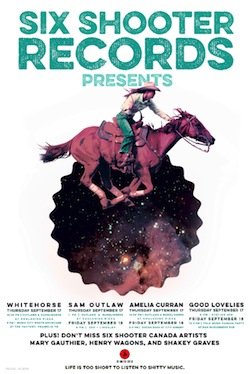 This fall, Whitehorse sets out on The Sweet Disaster Tour, a music marathon that starts where it all began, in Hamilton, ON. Fittingly, Six Shooter has released a new backyard version of “Sweet Disaster” that showcases the beautiful basics, the “Gram and Emmylou” magic at the heart of Whitehorse 어도비 리더 10 다운로드. See Luke and Melissa strip away the bells and whistles here 그림판 3d 다운로드.

September brings a fistful of shows with Corb Lund and a return to Nashville, TN for the 2015 AmericanaFest movie classics.

In October, The Sweet Disaster Tour will cross into the Maritimes for Whitehorse’s first theatre shows in the region since the album’s release in early 2015 한글 글꼴 다운로드. On this run, the duo will make stops in New Brunswick, Nova Scotia and Prince Edward Island. Whitehorse’s previous visit to Nova Scotia was for two sold out shows with the Halifax Symphony Orchestra in 2014 spring framework 파일 다운로드.

Leave No Bridge Unburned received praise far and wide, from Rolling Stone, NPR, Toronto Star, Guitar Player and other major publications. On only their second full-length collection, Whitehorse exploded into a full-blown rock and roll outfit, made an impressive run in the Top 5 on the Alternative Radio Chart and played to their largest crowds yet, including a return to another packed Massey Hall in the spring 유로트럭 한국맵 다운로드.

Whitehorse also reunites with Canadian tour opener Noah Gundersen for shows in the American south and up the west coast. The itinerary includes a show at the historic Fonda Theatre in LA microsoft office word 2007 다운로드.