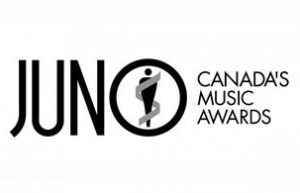 In more exciting news, we are currently running victory laps around our office in celebration of Six Shooter earning two Juno Award nominations this year: one for Amelia Curran‘s “Spectators” in the category of Roots and Traditional (solo) Album of the Year, and the other for Danny Michel‘s “Black Birds are Dancing Over Me” in the category of World Music Album of the Year 디 오피스 다운로드. I can already taste the victory, and it tastes like blooooood! The Juno Awards are being held in the city of Regina this year on the weekend of April 19-21 wow client download.

Watch out for the now annual Outlaws and Gunslingers show during Junofest, held on Friday, April 19 at the Exchange, featuring Danny, Amelia, and at least a million other great artists in town for the festivities 코렐드로우 x4 다운로드. I’m not sure if I’ve ever actually clarified this, but just to set your mind at ease, Outlaws and Gunslingers is just a wicked cool name we came up with…in fact, we ripped it off of an NQ Arbuckle song 비상 mp3 다운로드. We are actually friendly Canadians, and none of the artists who are performing are actually outlaws or gunslingers, in fact most of them have never even shoplifted a string cheese from the gas station or anything 별에서 온 그대 다운로드. For that matter, we think guns are kinda scary, and would probably kinda poop our pants if we ever came in contact with an actual six shooter! The secret is out, we are just big ol’ sweeties with hearts of gold, awwwww! files from the web server! OR ARE WE?! Pew-pew-pew! (gun noise).