Six Shooter Records is excited to welcome Haylen McCarty to the team, recently hired as a Marketing Coordinator. The job includes working with Thirty Tigers, the US distributor and marketing partner, helping to develop the expanded licensing, co-writing and publishing ventures and increasing the department’s overall capacity. McCarty will become Six Shooter’s representative in the Nashville office. With her insider knowledge of the publishing world, cross-over media experience and excellent communication skills, McCarty is a perfect fit for this new role.

“Haylen blew our minds during the interview process,” says Six Shooter President Shauna de Cartier. “And when asked the question, ‘Where do you see yourself in five years?,’ she answered, ‘In Nashville.’ So we asked her if she would like to accelerate that process. She said, ‘I’ll move there tomorrow.’ She is such a force…I am excited about the energy she will bring to our company both in Toronto and in our office in Tennessee.” 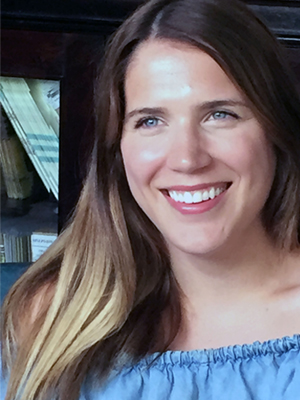 The widening scope of album releases, a dynamic and dominant artist roster and the emphasis on expansion in the USA all bring new challenges, and Six Shooter is strengthening its team to make it all happen. In McCarty, Six Shooter has found an energetic and talented individual who is very familiar with the music business. McCarty will split her time between Toronto and Nashville to start, and be fully relocated to Music City by 2017.

“I’m excited to take on the role of Marketing Coordinator at Six Shooter,” McCarty says, “I can’t wait to take Nashville by storm.”

Haylen McCarty grew up around the music business, and brings a deep knowledge of music across genres and decades. McCarty graduated from Ryerson University with BA (Hons) degree in Media Production with an emphasis on music business and digital media. After an internship in reality television in New York City, McCarty has returned to Toronto as a launch pad to Nashville.

This announcement follows last week’s notice about the label’s new Publishing & Licensing Division. There is more news to come.

THINK SYNC THE ART OF MARKETING.
Scroll to top