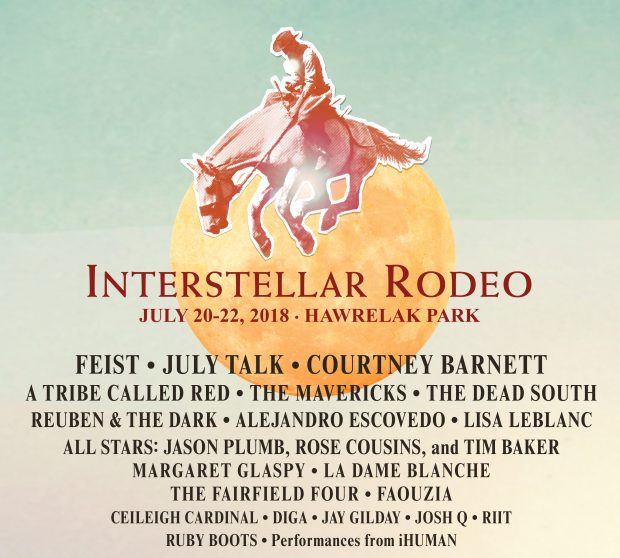 Interstellar Rodeo shines the light on the sounds and stories from north of the 60th parallel with this year’s Interlude performers, where artists from the Northwest Territories and Nunavut represent 50% of the Interludes lineup.

Interstellar is proud to welcome Riit and Josh Q, both from Nunavut and both signed to the territory’s first record label, Aakuluk Music. Riit and Josh Q (of The Trade-Offs) were last seen on the country’s largest music stage, where they performed with The Jerry Cans live on the JUNO Awards broadcast in Vancouver this year sequel with God. From Inuktitut pop to ‘Arctic Soul,’ Riit and Josh Q showcase the depth of Iqaluit’s vibrant music scene.

Diga, frontman to Yellowknife’s award-winning band Digawolf, and Jay Gilday (based in Edmonton) represent the first artists from the Northwest Territories to perform at Interstellar Rodeo.

Interstellar Rodeo takes place July 20-22, 2018 at Hawrelak Park. Weekend passes and single day tickets are on sale now. Stay tuned for information about this year’s wine pairings, food vendors and other exciting new initiatives for the 2018 edition of Interstellar Rodeo.

“A soulful blend of roots, folk, rock and pop alongside some seriously powerful vocals.” – Digital Drum

With a voice that harkens to the golden era of jazz and blues, Celeigh Cardinal is one of the finest vocalists to hail from the Peace Country old photo tube font. This Métis songwriter, who has already won numerous awards for her music and cultural contributions, is known for her passionate performances and soulful, turn-yourself-inside-out blues. Cardinal’s most recent album, Everything and Nothing At All, is currently nominated for Best Pop Album at the Indigenous Music Awards.

“Neil Young of the North.’ – BC Musician Magazine

Diga, frontman of award-winning band Digawolf, has a body of six solo albums behind him 코렐라인 비밀의 문 자막 다운로드. Each one explores his experiences growing up in the capital of the Tlicho Nation, Behchoko, NT. Diga’s lyrics are filled with a respect for language, culture and lives lived; they speak a universal truth of the importance of remembering where you come from, and who you are. Finding inspiration in the works of Neil Young, Tom Waits and Kashtin, Digawolf’s music is infused is permeated with the rich culture of the Northwest Territories 모던 컴뱃 다운로드. Diga’s world-weary voice “[summons] forth spirits of the life of a trapper’s past glories.” 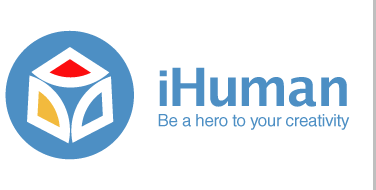 iHuman Youth Society is a non-profit organization that engages Edmonton’s traumatized youth to foster positive personal development and social change. Founded in 1997, iHuman develops and implements arts-based programming that functions as a positive engagement tool, to re-integrate youth into the community by developing skills, self-esteem and a sense of worth and ability through mentorship, crisis intervention and targeted programming 짧은머리 mr 다운로드.

Raised in a family of accomplished musicians on the tundra in Yellowknife, Jay Gilday’s songwriting threads together the colours of his own ancestral traditions: Dene spirituals, Irish ballads, Canadian folk and rock. Based in Edmonton, Gilday’s most recent album, Faster Than Light, earned him WCMA’s Indigenous Artist of the Year and Edmonton Music Awards’ Singer-songwriter of the Year and Artists to Watch titles 한메일 다운로드.

Josh Q and The Trade-Offs have coined their distinct mix of blues and rock n’ roll as ‘Arctic Soul,’ a sound distinguished by the deep, brooding voice of lead singer Josh Q. A staple of the Iqaluit music scene, Josh Q has also performed with The Jerry Cans at the JUNOs and live across the country with the Prime Minister watching on Canada Day, which puts the band’s audiences in the millions 강호정 다운로드. The Trade-Offs are currently nominated for Best Blues Album by the Indigenous Music Awards.

“An enchanting blend of mellow folk-rock (with Inuktitut lyrics) and Inuit throat-singing.” – Exclaim

Riit is a young Inuk performer born and raised just below the Arctic Circle. A throat singer, guitarist and accordionist, Riit has performed across the north, toured Scotland and Australia and with The Jerry Cans on live television at the JUNO Awards Download the Caris comment. Her debut EP was the first Inuktitut music to be added to national radio rotation, and her songs have become instant classics in the north. Riit is currently nominated for Indigenous Music Awards’ Best Radio Single and Western Canadian Music Awards’ Indigenous Artist of the Year.

“A natural chanteuse who possesses just the right blend of sass and savvy.” – Paste

A gutsy singer and songwriter who mixes rock & roll swagger, pop songwriting and country twang, Nashville-via-Australia’s Ruby Boots is a rising star in the Americana world. The five-time winner Western Australia’s Best Country Music Act made the leap to the Nashville scene with her most recent album, Don’t Talk About It, released by Bloodshot Records.