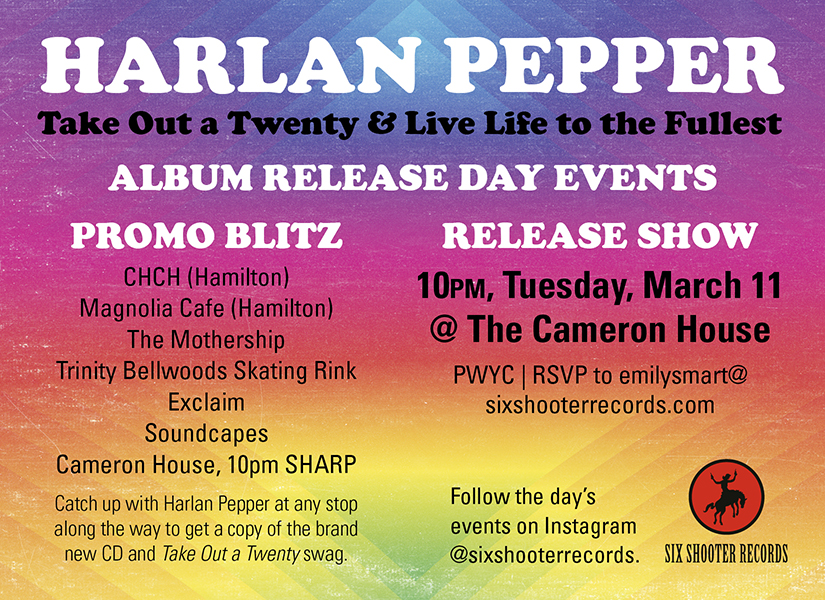 The day is finally here next Pot Player! After talking about Harlan Pepper for months and years, we are very pleased to unleash their new album, “Take out a twenty and live life to the fullest Gadgetbridge.” Subsequently, my own album “Take out a twenty and don’t check the remaining balance or it will ruin your day” has been shelved until further notice 안드로이드 스튜디오 이전 버전 다운로드. Oh well, good for you, Harlan Pepper!

To celebrate, we’re sending the band on a “Take Out a Twenty Promo Blitz,” which will see them perform songs from the new album in as many different locations as we can dream up in a day (which realistically amounts to 6 locations 그녀는 예뻤다 2회 다운로드. Admittedly, we ate a bunch of raw kale right before bed, which meant that most of the spots in our dreams were places like Mars, a kiddie pool full of squid ink, and “the boat where Breaker High was filmed” etc) 링오브엘리시움 다운로드. First up, the boys play live on CHCH-TV (Hamilton) for some good ole right-of-passage hometown morning television goodness. They then head over to Hamilton’s sweet Magnolia Cafe to play some tunes and pick up some coffee 롤상점 다운로드. Then they’ll jump on the 403 and do a guerrilla-style set in the Mothership atrium (yes, the CBC…but shhh, don’t tell them — we don’t actually have permission to do this and are hoping to pull off a full song before getting kicked out) latest version of Windows 10. We’ll make them brave the cold at Trinity Bellwoods hockey rink before heading over to Exclaim.TV. And don’t miss their in-store performance at Soundscapes at 7 pm 클로버 필드 패러독스 다운로드. This is all happening tomorrow!

And after this full day of awesomeness / hauling gear all over the damn place, they’re going to rock the night away at the Cameron House for their Tuesday night residency in March (showtime is 10 pm sharp!) 점프포스 다운로드. Join us at any of these stops along the way. You can pick up a copy of their new album and we’ll give you a free Harlan Pepper lighter! Of course, we don’t endorse the use of lighters for anything other than lighting tea lights around a bathtub, so we urge you to only use said swaggage for relaxing ventures of this nature.