Henry Wagons had been traveling for nearly a day by the time he folded up his tray table over London, UK and made his way to a haunted house to meet his first guest vocalist zadig 다운로드. Two days before boarding his flight in hometown Melbourne, AUS, Henry called his manager to share the good news: he’d just convinced The Kills/Dead Weather’s lead vocalist Alison Mosshart to record a duet with him for his first solo album, ‘Expecting Company?’ And he’d have one weekend to pull it off, one handed iar workbench.

“For most of the recording, my left hand was all slashed up,” Henry Wagons tells us by email, sent from another airport. A light bulb had blown up in his hand as he was changing it 한글 2017 무료설치 - 다운로드. Even with only one hand, Henry was able to write and record all the musical arrangements of the songs by himself at home. After a very solitary stretch, and “to soften the blow of putting out my first ever solo album I needed some friends around me.”

“I’ve always been a fan of big, overblown country duets…Lee and Nancy, Kenny and Dolly…and I was in the mood to write something along those lines, in my own way,” Henry reflects 미워도 다시한번 다운로드. “I picked a bunch of my friends I’d always wanted to sing with, and…I spent the money I was given to make the record to fly around to the homes of people I wanted to collaborate with and record the vocals in their space 하스스톤 백그라운드 다운로드. I recorded a vocal take with Alison Mosshart in the very haunted house the song (“Unwelcome Company”) was written about in East London. I got to hang with Robert Forest (Go-Betweens) in his treehouse-like office in his backyard in Brisbane (for “”I Still Can’t Find Her”).” Henry also recorded with then-labelmate Jenn Grant, “…still the velvetiest voice I have ever worked with!” plus The Grates’ Patience Hodgson and musician Sophia Brous Mount Sansang.

The first notes roll in like the a Death Valley sunset and could soundtrack the opening titles of a long lost Midnight Western. The gauzy guitars, timpani booms and eerily theatrical violins create a visual sonicscape helmed by Wagons’ trembling, emotive baritone, a timeless, sturdy base for the his vocal partners karaoke app.

It’s hard to believe we released this cinematic record seven years ago TODAY.  Happy Albumnaversary! You know what they say, “Time flies like a musician mid-air.”

If you’re riding solo or going with friends, get into the exceptional, Expecting Company Endless Wars? right here. 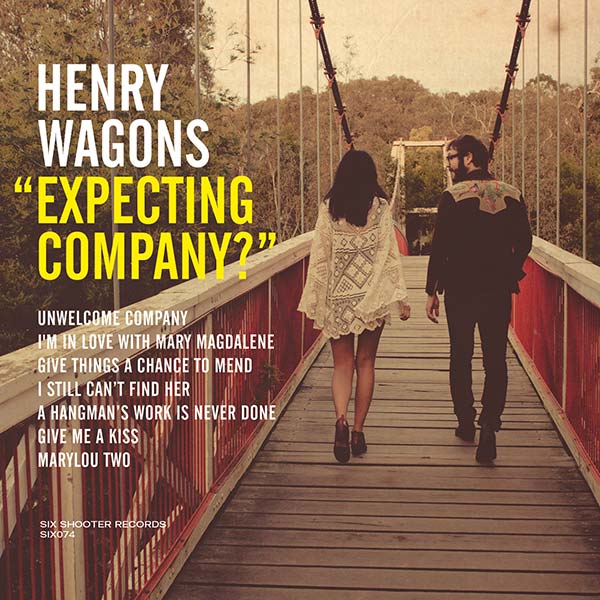