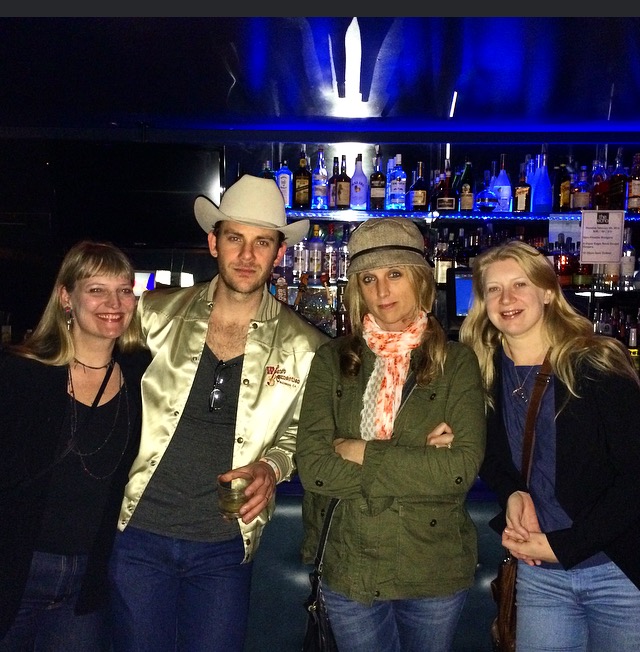 Six Shooter Records has scored a huge personnel coup, announcing Michelle Aquilato as the label’s USA General Manager, a brand new position. As curator of the celebrated Americana Music Association’s Festival and a producer of its annual star-studded Honors & Awards show, Aquilato’s ability to identify up and coming artists, and her vast experience in working at the front lines of the Americana community, makes her one of the genre’s important tastemakers. During Michelle Aquilato’s tenure with the Americana Music Association, the festival earned a reputation for breaking major new talents.

“It took us a long time to find the right person to guide our company in America. We needed someone who is highly regarded, well connected, and with impeccable taste in music. We have found all of that and more in Michelle Aquilato. We couldn’t be more thrilled,” says Six Shooter Records President Shauna de Cartier.

Aquilato joins the team to spearhead the label’s US operations from a brand new Nashville SSR HQ. Michelle Aquilato’s first signing is Sam Outlaw, whose brand new album will be released worldwide on Six Shooter Records on June 9, 2015.

“I’ve admired the Six Shooter team and their roster for a number of years, and I’m thrilled to bring Sam Outlaw into such a passionate, artist-driven community. With Thirty Tigers in the mix too, it’s an exciting time to become part of the Six Shooter world,” says Aquilato of her new job, and of Sam Outlaw’s first label deal.

As part of this big announcement, Six Shooter Records officially welcomes Sam Outlaw, California country crooner, to the roster. Sam Outlaw is a rising star in both LA and Nashville circuits, and his brand new album Angeleno, produced by Ry Cooder and Joachim Cooder, is shaping up to be a major release worldwide.

“From the moment Michelle introduced me to Shauna and the Six Shooter team, I could sense their genuine enthusiasm for what they do. Running a label isn’t just a job for them – it’s their passion. And they’ve got the brains to back it up. Same goes for David Macias at Thirty Tigers. These people know how to take the time to properly develop an artist and I couldn’t be happier about having them on my team. I completely lucked out,” says Outlaw.

Angeleno is a smooth tip of the ten-gallon to classic west coast country, marked by Outlaw’s silver-tongued songwriting and impeccable instrumentation. It’s slick but not shallow; wry, but not without heart.

We are also pleased to confirm a new distribution deal with Thirty Tigers, an independent juggernaut with an enviable roster of Americana music’s icons, rebels and most exciting talents. Based in the same building as Nashville’s beloved indie retailer, Grimey’s, and equally excellent venue, The Basement, the Thirty Tigers roster includes Lucinda Williams, Jason Isbell, Sturgill Simpson, St. Paul & The Broken Bones and more.

Thirty Tigers will distribute Sam Outlaw’s new album, as well as select Six Shooter titles in future. Of this new partnership, Thirty Tigers President David Macias says, “I’m thrilled to be working with Six Shooter. They have such incredible and varied taste and their reputation for working very hard and passionately is well established. Their commitment to growing in the American market by bringing Michelle into the family shows both vision and excellent judgment.”

Michelle Aquilato’s experience in the music business checks off all of the major boxes. From working in both a record store and a recording studio, to a major label job in both LA and New York, Aquilato’s early resume reads like a Nick Hornby novel. After working for Sony Music for 15 years, Aquilato moved to Nashville in 2007, where she joined the Americana Music Association.

Aquilato’s exceptional taste in music and knack for searching out new talent led her to become the curator of AmericanaFest and a producer of the Americana Honors & Awards, held annually at the Ryman Auditorium. Aquilato has also worked tirelessly to increase the event’s marketing and social media presence, which has served to bring the AMA festival and conference to its current reputation as one’s of the industry’s most important tastemaking events. Until joining Six Shooter Records, Aquilato worked full time as the AMA’s Director of Marketing & Artist Relations.

Sam Outlaw is a country singer living in Los Angeles. He was born in South Dakota and ‘Outlaw’ is his mother’s maiden name. Improbable? Sure. Fitting? Absolutely. Sam writes original songs that seek to capture the spirit of the classic country music he learned from his favorite singers: George Jones, Willie Nelson, Gene Watson, Don Williams, Keith Whitley, and Dwight Yoakam.

2014 was a pivotal year for Outlaw. Word spread about Sam’s self-released EP and live shows throughout Southern California – this buzz earned him a slot at The Stagecoach Festival in the Coachella Valley last April. He followed up this appearance with his Nashville debut at the world-renowned live music showcase, Music City Roots.

Off the stage, CMT premiered his first-ever music video. His second video, premiered by The Bluegrass Situation, became a viral hit in the tastemaking, elite musical world of the Americana community.

He spent the summer writing new songs and returned to Nashville in the fall as a featured artist at AmericanaFest. Sam has now completed his new full-length album, Angeleno, produced by Ry Cooder and Joachim Cooder. Some of LA’s finest musicians were hand picked for the Angeleno sessions, including Bo Koster (My Morning Jacket), Taylor Goldsmith (Dawes), Gabe Witcher (Punch Brothers), Danny Garcia (Reverend Baron) as well as Jeremy Long (pedal steel), and Joachim Cooder (drums).